Check out this great article in Minot Daily News regarding the Blu on Broadway Groundbreaking Ceremony on July 21st!

Construction already has started, but Tuesday marked the official groundbreaking for Blu on Broadway, a commercial and low-income residential development of EPIC Companies.

The five-story building at 1629 S. Broadway will include 8,800 square feet of main level commercial space. Retail, dining and office space all are options for the commercial space, according to EPIC Companies. The property will include amenities such as underground parking and outdoor recreation space.

As an affordable housing project, Blu On Broadway is receiving $4 million in assistance from Minot’s National Disaster Resilience program. It also is receiving interest buydown from the Bank of North Dakota and is part of Minot’s first Tax Increment Financing District, which will provide a five-year tax abatement on site improvements in exchange for EPIC Companies’ street development on the back side of the project. However private funds make up the largest share of the project, which is led by ICON Architectural Group and Gehrtz Construction Services.

“This is a project that, hopefully, will serve as a precedent-setting model for the city for the future, to really give the residents of Minot and the city government a good example of what sustainable economic and housing growth can mean and can look like for the city for the long term,” said John Zakian, resilience program manager for the City of Minot. 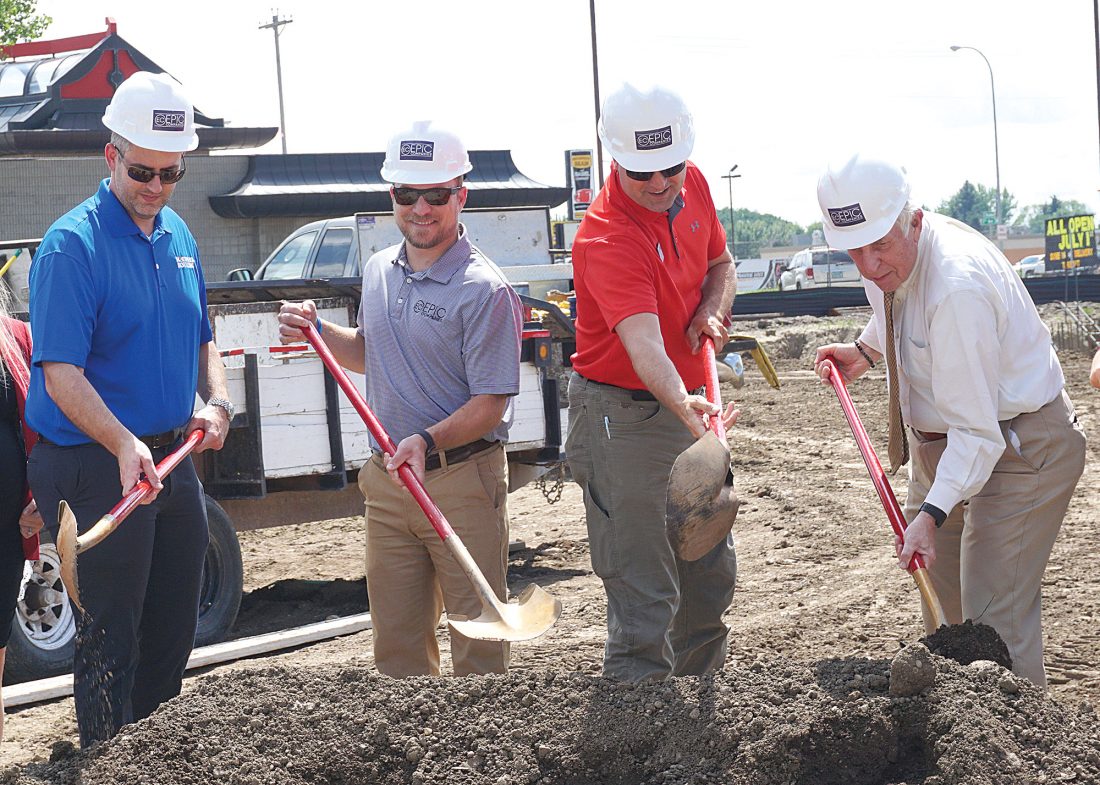 “We absolutely are 100% sure that this is going to be an asset and really a benchmark moving forward on what we can achieve through redevelopment within our own community,” Minot Mayor Shaun Sipma said.

The project redevelops property that once was the site of the Northern Bottling plant.

Northern Bottling ended production at the site 13 years ago, said Will Gokey with the family-operated company. First Western Bank connected EPIC Company with the Gokeys as the project first came together.

“It’s absolutely a nice thing to see,” Gokey said Tuesday of the construction in progress. 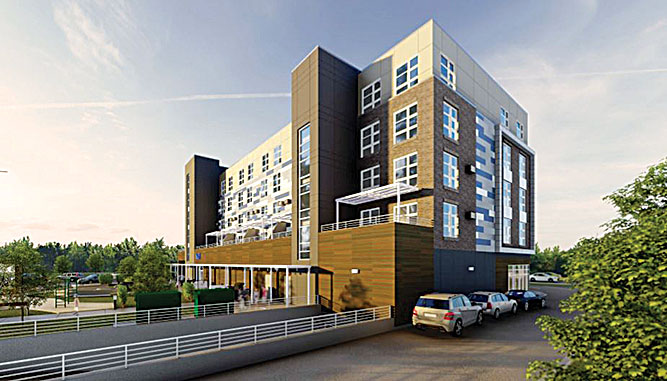